For emergency services or more information

In a separated sewer system – a second pipe collects and carries storm water. It’s called the storm sewer. Rain water and melted snow enter outdoor drains such as downspouts and catch basins, which are connected to the storm sewer. Storm sewers release the water they collect directly to the environment.

Separated sewers are found in the newer parts of Hamilton – such as areas on the mountain south of Mohawk Rd and newer areas like Binbrook and Waterdown. 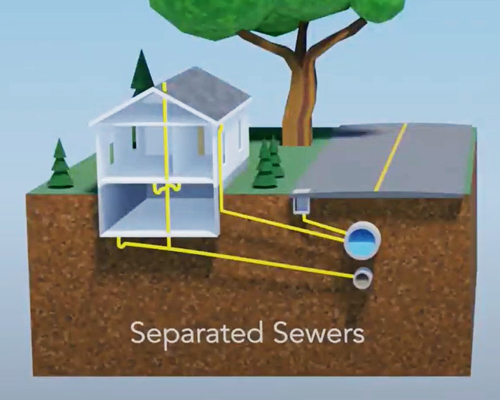 In older parts of Hamilton such as the lower city and on the mountain north of Mohawk Road – just like in many older cities across Canada – we have combined sewers.  Building combined sewers was the accepted building practice for over 100 years, with most older major cities like Toronto, Ottawa, Kingston, Niagara Falls, St Catharines and Windsor all having large combined sewer systems.

These sewer systems have one pipe that collects both the wastewater from our homes and businesses, and stormwater from rain or melted snow. Combined sewers send the wastewater they collect to our wastewater treatment plant where it is cleaned and released into Hamilton Harbour. One of the main differences between separated sewers and combined sewers is most visible during heavy rainfall.

In cases with a lot of rain or melting snow, the additional volume of water in the combined sewers can exceed the capacity of the system. 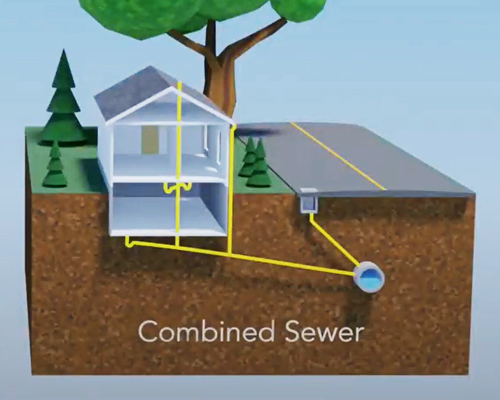 If the combined sewer system didn’t have the designed overflow option to release wastewater to the harbour, large areas of Hamilton would experience flooding -  which would impact homes, business, roadways, public spaces and public health. 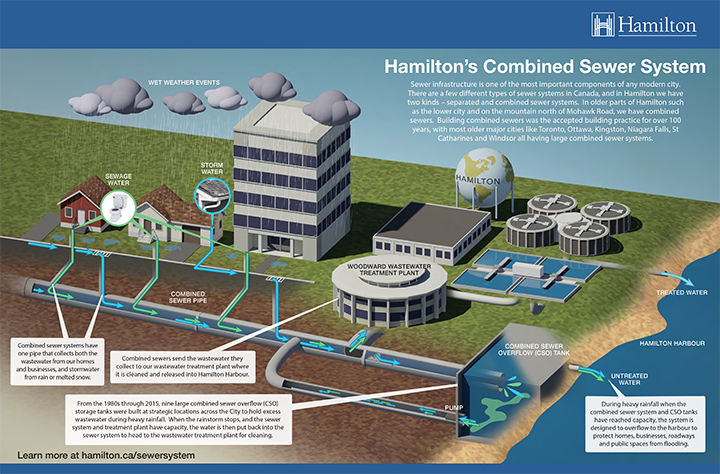